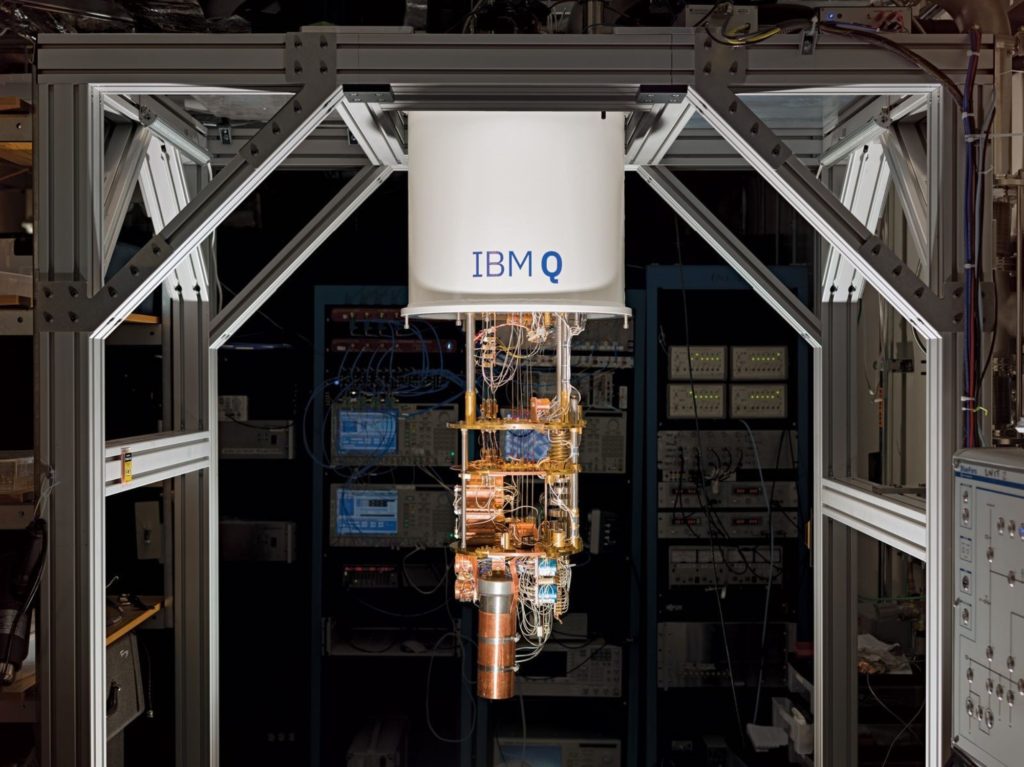 In classical computing, data is stored in bits. These bits can exist in one of two states – 1s or 0s; off or on. Quantum computing, on the other hand, uses “qubits” (quantum bits). Unlike bits, qubits can store more information than just a 1 or 0. They do this because they exploit unique quantum features and can thus exist in 1, 0 or asuperposition of these values, allowing a qubit to be in both states at the same time!

A detailed explanation would get us mired in quantum mechanics which even Einstein called “spooky”. For our purpose, imagine a sphere where in the classical state, the 1 and 0 are at the poles. A qubit, on the other hand, can be on any point on the sphere, thus making a quantum computer much more powerful.

And, because qubits can be in multiple states at once, they exhibit inherent parallelism. That means while your current computer can work on one thing at a time, quantum computers can work on millions of things all at the same time.

What’s all the buzz?

Experts see quantum computing as a major disruption to computing.  According to Purdue University President Mitch Daniels, whose university just signed a 5-year quantum collaboration agreement with Microsoft, quantum computing is “another explosion of computing power like that brought about by the silicon chip”.

D-Wave, a Canadian company, recently began selling quantum computers. Price points to make quantum computers commercially viable, are still a little ways away. But a fierce race is already underway for quantum supremacy and scientists are making great progress. Here is a short-list of some of the companies involved with quantum computing (most big players are all in):

IBM with IBM-Q (quantum computing as-a-service), 1Qbit, Rigetti Computing, Intel, Microsoft, AT&T (working on quantum networking with CALTECH) etc. – have all jumped in the fray. NSA is said to be building its own quantum devices, and In-Q-Tel, the venture company funded by the CIA, is also in on the game.

Google is looking to get to a 49-qubit processor by the end of 2017, a landmark breakthrough that would double current 20-qubit processors. Softbank’s $ 100 billion Vision Fund is actively searching to back the next “Microsoft” of quantum computing. Most experts now agree that building quantum computers is now an engineering challenge and not a conceptual one.

Advantages and disadvantages of quantum computing

How do you code a quantum computer? Companies are busy developing tools to code such devices. Microsoft is developing LIQUi|> (pronounced “liquid”) for execution on a quantum computer. On the downside, due to superposition, programmers will not be able to observe the path that their data takes from input to output, making debugging a serious complication.

While quantum computers are expected to lead to astounding breakthroughs in medicine, manufacturing, artificial intelligence, machine learning etc., rogue states or actors could also use quantum computers for destructive purposes too.

Most current cryptography that drives online commerce, banking etc., is dependent on using complex math problems that are too difficult to solve in a realistic time period by today’s computers. But that is not so for quantum computers. In fact, they are especially good at that kind of thing.

The non-profit Cloud Security Alliance says that within 15 years, all PKI (public-key-infrastructure) which drives online security, would be broken with devastating effects on global economy. The Global Risk Institute in its own study, says the same thing. NIST has begun a 4-6 year public evaluation of quantum resistant cryptography.

Some companies are already working on quantum-resistant encryption using qubit-cryptography. Google is one of them. Last week, China launched “Micius”, the first quantum technology satellite, which they say is unhackable.

A new era of computing is just over the horizon. And as we grapple with information security challenges with the computers we have today, the hope is that effective quantum computer security will strengthen and not further weaken our digital worlds.